Live the Romance of the Wild Atlantic Way

Ballinalacken Castle Hotel has been in the O’Callaghan family for three generations and is currently run and owned by hosts Declan and Cecilia O’Callaghan.

The original house was owned by the famous O’Brien clan – a royal and noble dynasty who were descendants of the High King of Ireland, Brian Ború. The house , castle and 100 acres of land was bought by Declan’s grandfather Daniel O’Callaghan, in 1938 and he and his wife Maisie opened it as a fine hotel. It was later passed to Daniel’s son Dennis and his wife Mary and then to his son, Declan. Declan and Cecilia have three children who also assist in the family business.

A History of Fine

The hotel has its roots as a grand haven of relaxation and luxury for the gentry of the 1930s. In those days, there would be an exodus from town and visitors would arrive by boat, train and jaunting car to take the sea air on their annual holiday.

As well as the Irish, many visitors came from England and American – one of the most prominent being actress Maureen O’Hara and her husband Captain Charles Blair who flew the first flying boat into Foynes Harbour on the Shannon. Seated in the hotel’s beautiful dining room, looking out onto the Cliffs and beyond, it’s easy to imagine visitors from this grand era, dressed in their finery and feasting on traditional home-cooked treats:

Full board included a hearty Irish breakfast in the morning, followed by the main meal of the day and high tea in the evening which was dictated by the weather. If there was squally rain blowing in from the Atlantic the frying pan would go on for a mixed grill, with plenty tea, bread and butter or if the weather was fine and warm, it was fresh salad, ham, tomatoes, boiled eggs, lettuce and scallions. Just what you might need after a day spent on the beach, out boating, hiking over the Burren or exploring the nearby historical sites... 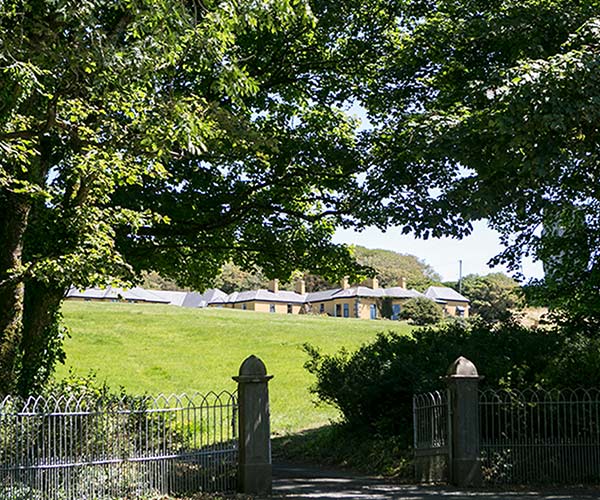 From the time you take your first drive up the sweeping entrance of Ballinalacken Castle, and receive a warm greeting from your host at reception, you’ll know you’re in for a stay with a difference. Far from the impersonal style of many modern hotels, Ballinalacken carries all the hallmarks of personal service, attention to detail and uncompromising quality. 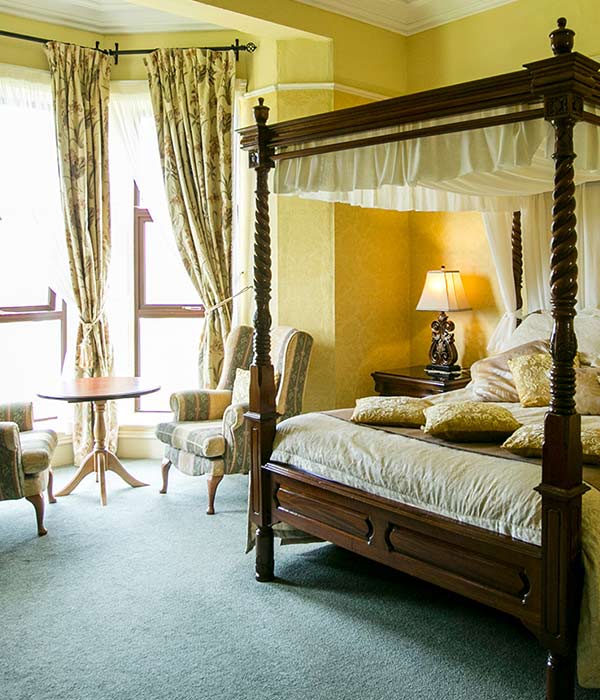 We’re here to help you in any way we can. From putting together a sight-seeing itinerary to lighting a welcoming fire for your afternoon drink, you’ll find it’s the little personal extras that make a difference.

Only the best
From the fittings and finishes in our rooms, to the finest ingredients we use in our kitchen, Ballinalacken offers a premium experience, every time.

A real experience
Whether it’s enjoying a cosy evening in the bar with one of the O’Callaghan family members as your host, our personal help with a special request, or the blissful welcoming aroma of home-baked soda bread, you’ll enjoy the very best of authentic and warm Irish hospitality.

The Castle on the Hill

Standing tall on a limestone outcrop, our very own Castle, Ballinalacken Castle, is a two-stage tower house which was built in the 15th or early 16th century. It is thought the name comes from the Irish Baile na leachan (which means “town of the flagstones/tombstones/stones”).

14th Century: The fortress itself is found and Lochlan MacCon O’Connor is in charge of its rebuilding.

1564: Control of West Corcomroe passes to Donal O’Brien of the O’Brien family.

1582: The lands are formally granted by deed to Turlough O’Brien of Ennistymon. After the Cromwellians triumphed in the area, five of Turlough’s castles are razed to the ground – but Ballinalacken is saved as it was not on the list of “overthrowing and demolishing castles in Connaught and Clare.”

1662: Daniel dies and grandson Donough is listed as rightful holder of the Castle.

Weather permitting, we are happy to show you around the castle ruins.

On my travels, I have been a guest in many castles. Yet the monument which I find divine is the oasis where the heart and the silence intertwine. 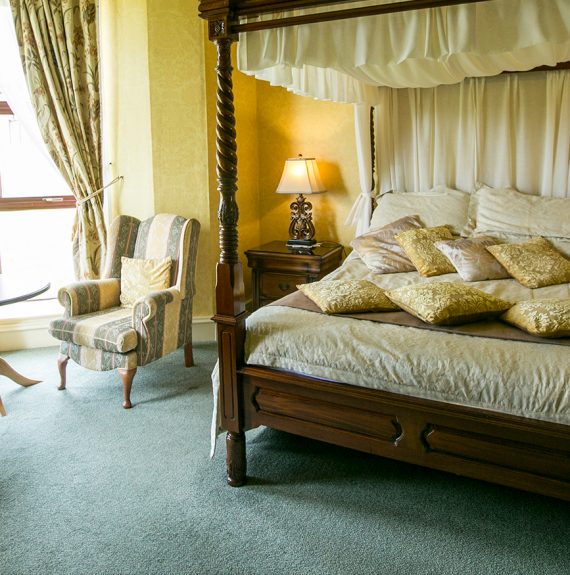 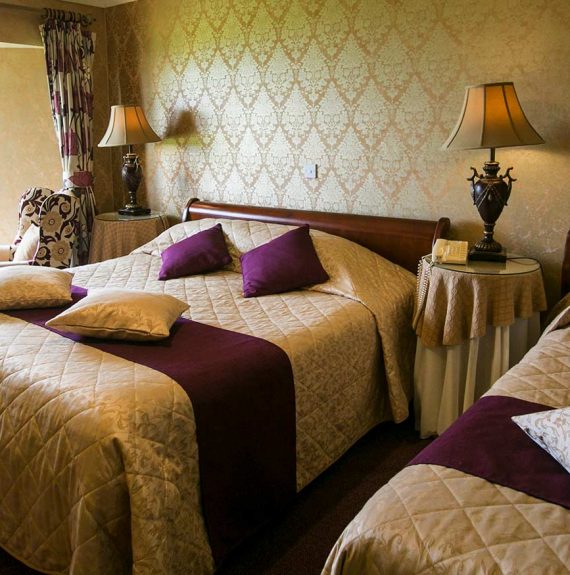 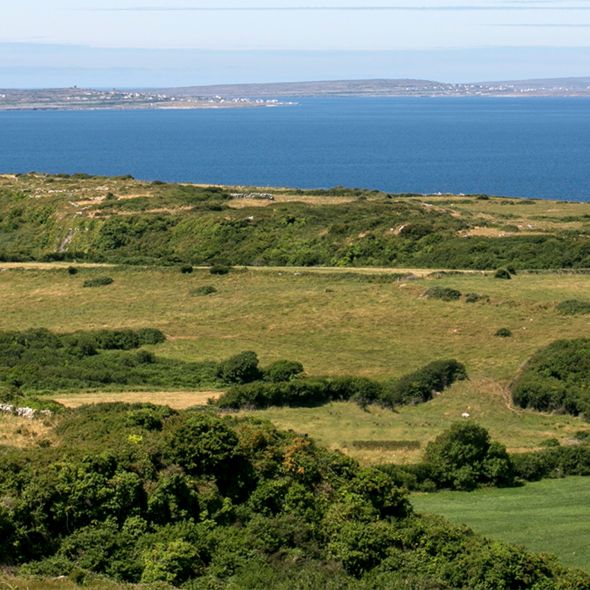 Ready to See for Yourself?

Book a Double, Twin or Triple today and use the on-line booking system

To make a booking enquiry about a Suite or Four-Poster room, please use the Contact Form

Be the first to find out about our special rates and exclusive events via our weekly email. We promise we are worth hearing about.

This website uses cookies to improve your experience while you navigate through the website. Out of these, the cookies that are categorized as necessary are stored on your browser as they are essential for the working of basic functionalities of the website. We also use third-party cookies that help us analyze and understand how you use this website. These cookies will be stored in your browser only with your consent. You also have the option to opt-out of these cookies. But opting out of some of these cookies may affect your browsing experience.
Necessary Always Enabled
Necessary cookies are absolutely essential for the website to function properly. This category only includes cookies that ensures basic functionalities and security features of the website. These cookies do not store any personal information.
Non-necessary
Any cookies that may not be particularly necessary for the website to function and is used specifically to collect user personal data via analytics, ads, other embedded contents are termed as non-necessary cookies. It is mandatory to procure user consent prior to running these cookies on your website.
SAVE & ACCEPT